Just over two years ago, AVM introduced a rather swish DECT phone, the Fritz! Fon MT-F, which was specifically designed for use with its Fritz!Box routers. I quite like the MT-F, but it is expensive at nearly £70 - and it won't even work as a standalone phone, as it doesn't have an integrated base station.

The new M2 phone is similar in many respects, as it just has a charging base, but no base station. However, it is much cheaper - we found it on offer at WAE+ for £38. It also lacks the classy black styling and large colour screen of the MT-F, with just a mono backlit LCD screen. But it does have almost all the great functions and features of its pricier sibling when connected to a Fritz!Box, such as an internet radio/podcast player, email client and RSS reader.

The beige plastic case may look a bit plain, but I actually prefer it to the MT-F - it's much easier to hold comfortably during a call, and the slightly raised buttons are easier to press. The layout of the keypad is identical to the MT-F. The screen is excellent, with a pale white backlight, but it's perfectly clear in daylight even when the backlight is off - the resolution is much lower than the MT-F, but it does the job. It doesn't support custom background pictures like the MT-F, of course.

I loved the audio call quality of the M2 - it has the same HD DECT feature as the MT-F, but seems even clearer than the MT-F, and a bit louder - perhaps it's the larger case size giving a fuller frequency response. The ringtones (which are the same as on the MT-F) don't seem quite as loud or clear, though. The downside is there is no headset jack, so power users might still prefer the MT-F. The recharging base is a vast improvement on the MT-F's, holding it securely in place even when lightly knocked.

It's a great phone for use with a Fritz!Box, as it integrates with all the various extras mentioned earlier, but it can also be used with any GAP-compatible DECT base station, but then you lose many of the unique features, including the address book.

The low price makes it a great option for Fritz!Box owners, especially if you don't need the stylish looks and colour screen of the MT-F. 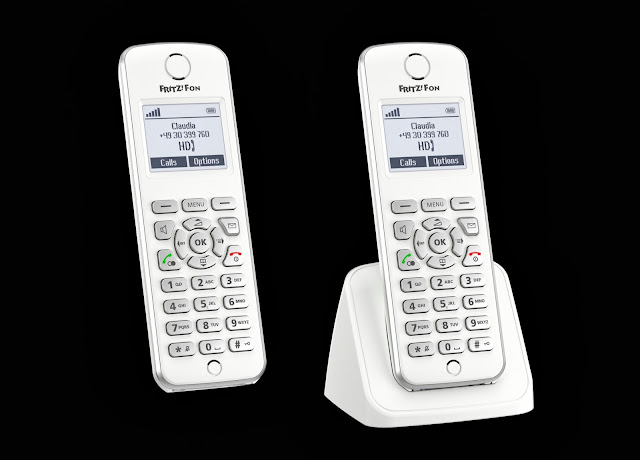 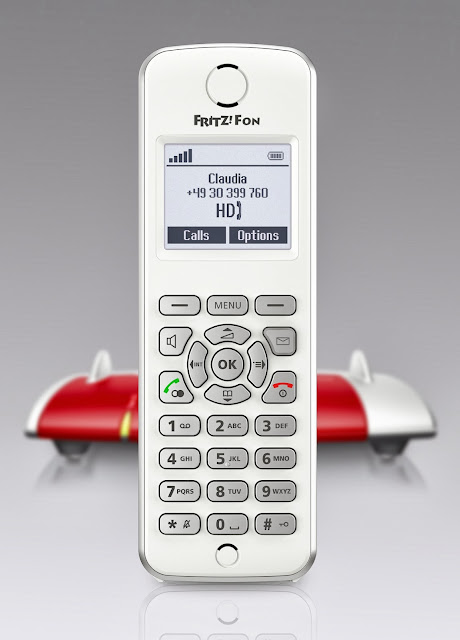