Choosing suitable hard disks for a NAS enclosure can be a nightmare, with all kinds of issues surrounding compatibility, reliability and power consumption - there's little wonder the average consumer prefers the simplicity of pre-populated models. Western Digital is trying to alleviate that problem with the launch of its new Red range of 3.5in. disks. These are the latest addition to WD's colour-coded drives - Blue are standard desktop models, Green are power-efficient, and Black designates enthusiast models.

The Red disks have a 6Gb/sec SATA interface and come in three capacities, 1, 2 and 3TB. They are specifically designed for RAID duties in consumer and small-business NAS boxes. WD says they are based on some technologies used in its RE range of enterprise-class drives, and command a price premium of around 10% over standard desktop drives. They feature WD's NASWare firmware, 3D Active Balance Plus balance control technology, and come with a dedicated 24/7 support line and a 3-year warranty. There is 64MB of DDR2 cache on each drive.

Interestingly, WD is pushing the reliability, compatibility and power consumption aspects more than outright performance, which makes a lot of sense in this market. Drive pricing (MSRP) is £69.99 for 1TB, £89.99 for 2TB and £129.99 for 3TB. WD hinted that 4TB models will also eventually appear at a later date. The company is working on getting certification with enclosure manufacturers, including Synology, Qnap and Thecus. WD's own My Book Live NAS appliances will also get Red drives at a later date.

I hope to see some samples soon, and if so will see how they stack up against the standard disks I use for my NAS testing - these are rather ancient Hitachi CinemaStar 250GB drives, which are not particularly fast but have worked without fuss in almost every NAS enclosure I've reviewed to date.

You can find more info about the Red range, including a compatibility list, on WD's site. 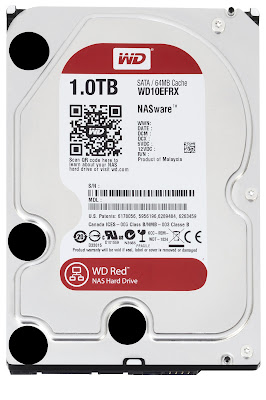 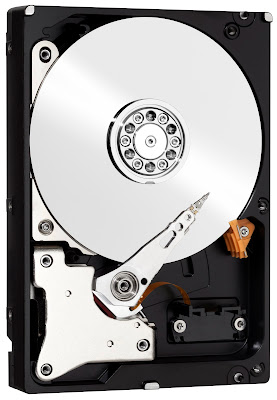