Reviewing NAS enclosures is fraught with potential pitfalls for the unwary, not least of which is the fact that there can be compatibility issues with some hard disks. After trying a few different options, a year or so ago I standardised the hard disks for my testing. For no other reasons than cost (they were on offer at the time), I opted for a set of three 250GB Hitachi CinemaStar 7K500 HCS725025VLA380 disks. These are nothing special, just 7,200rpm SATA-2 drives with an 8MB cache. they are supposedly optimised for use in consumer electronics devices like DVRs, but they have worked faultlessly in every enclosure I've tested.

Recently I was offered the chance to try out the new WD Red drives that I wrote about recently. These are specifically designed for NAS use. As they are SATA-3 models, and much larger (I used the 2TB and 3TB models for these tests), they should be a good match for the capabilities of the latest enclosures.

It is a bit of a nuisance in one way, as changing my reference disks means the results I get won't be directly comparable to my older tests, but in an attempt to quantify the differences, I ran some performance tests with the WD drives and my old disks. For this, I used two Synology enclosures - the single-bay DS-112+, and the 2-bay DS-712+.

The results were quite interesting, as I discovered that my ageing Hitachis were actually doing a pretty decent job. Although beaten in most tests by the WD drives, it was not by as big a margin as I'd expected. Of course, the Hitachi drives don't have the NAS-specific tweaks offered by the WD Reds, such as power optimisation, balance control technology and the NASWare firmware.

As usual, I used Passmark Performance Test 7.0, first running the standard DiskMark test on a mapped share, and then using the Advanced Disk Tests to run the four preset workloads. The breakdown of these workloads is below, and all tests were run for 60 seconds. 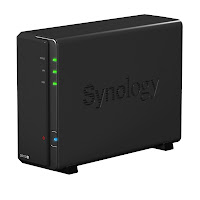 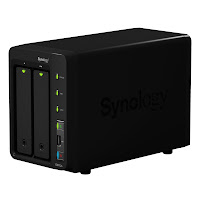 The overall improvement using the WD Red drives comes to about 10% for the DS-112+ and 14% for the DS-712, which is probably a testament to the 7,200rpm spin speed of the Hitachi disks (the WD Reds use IntelliPower, with each model having a factory-optimised - but undisclosed - spin speed).

Interestingly, in the DS-712+, the Hitachi drives even manage to beat the WD Reds in a couple of workloads, which is again no doubt a function of their high spin speed giving fast read performance. In the tests with a significant write component, the Hitachis are not quite so impressive.

The good news is that I don't appear to have done any of the NAS enclosures I've reviewed a disservice by using the Hitachis, although my objective when reviewing enclosures is to get comparable results rather than absolute figures - after all, it's impossible to know what drives any particular buyer will stick in them.

One thing I did notice was how cool the WD Red disks were running. I have them in a four-bay enclosure I'm reviewing at the moment (I can't say which one as it's under NDA) and they are happily operating at between 28-30°C. The Hitachis generally operate around 35°C, depending on the enclosure's ventilation.

But the tests do show that choosing the right hard disks for the job in a NAS enclosure can have noticeable effects on performance, and this could be more noticeable in higher-powered enclosures with faster CPUs and more memory. Given that the Red drives are not much more expensive than ordinary drives (around a 10% premium, but shop around), and come with a three-year warranty and a special 24/7 support hotline, they are definitely worth considering when you next need some hard disks.