As a one-time geophysicist, earthquakes fascinate me, not least because in the oil exploration business I spent most of my time creating mini-quakes using a variety of seismic sources. 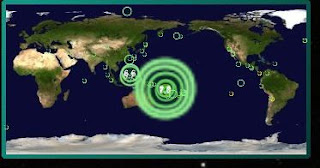 The USGS still offers the best worldwide earthquake resource, and there are a few widgets out there using its feeds. My favourite is the Yahoo Widgets Earthquake (above) which gives you a little world map displaying earthquakes as they happen.

The USGS also has a range of RSS, Twitter and other data feeds, including a Google Earth KML overlay. 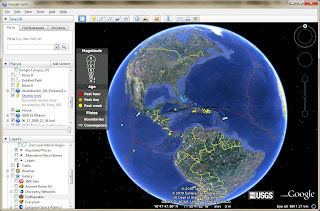 It's fascinating science, but as the unfortunate citizens of Haiti know only too well, earthquakes destroy lives and even countries. If you want to find out how you can help, there's a widget the top of this blog, or alternatively you can go to the donation page at the UK Disasters Emergency Committee (DEC) site.